Part 11 of the ASF ARM Tutorial

Standard Input/Output (I/O) is configured to use a UART in an Atmel Studio ASF project so that C stdio functions such as printf() and scanf() use the serial port UART as the standard input/output device.

An ASF module called the Standard serial I/O (stdio)(driver) is used to set up the UART as the stdio device. Strings printed using printf() are then sent out of the UART and scanf() receives input from the UART.

On the Atmel SAM4N Xplained Pro ARM Cortex board, UART0 is connected to the EDBG on-board embedded debugger. One of the functions of the EDBG, besides being used as a debugger, is to act as a virtual COM port when the board is plugged into a PC using the board's USB connector. The virtual COM port can be opened in a terminal emulator running on the PC and data can then be sent and received between the terminal emulator and microcontroller UART.

This project simply uses the SAM4N Xplained Pro board and USB cable to connect to a PC. The virtual COM port of the EDBG then automatically appears on the PC and should be found by terminal emulator software.

If you are using a different board to the SAM4N, then check the board's user guide to see if it has an EDBG and which UART from the microcontroller is connected to the virtual COM port. The user guide for the SAM4N board shows that pins PA10 and PA9 are used for virtual COM port connections. UART0 is shown to connect to these pins in the ATSAM4N16C datasheet.

Terminal emulator software such as Tera Term for Windows will be needed to test this project and communicate over the virtual COM port. The zipped version of Tera Term can be downloaded and opened and the folder inside extracted to a convenient location on the PC. Inside the folder find and run ttermppro.exe to start the terminal emulator.

The video at the end of this tutorial shows how to use Tera Term to connect to the virtual COM port and how to change the COM port settings.

This project basically provides the same functionality as the Serial Standard I/O (stdio) Example ASF example project which can be found in Atmel Studio by selecting File → New → Example Project... from the top menu bar. The difference is that this project is built from scratch using a user board ASF template and the steps to build the project are described below.

Add the IOPORT service ASF module and the Standard serial I/O (stdio) driver module to the project. It is necessary to add the IOPORT module to be able to configure the microcontroller pins to use the UART.

Add the definition in conf_board.h for the UART that will be used for stdio. This is UART0 on the SAM4N Xplained Pro board.

Pins PA9 and PA10 are set to use internal peripheral A which is UART0 by calling ioport_set_port_mode(). These two UART pins are then disabled as I/O pins by calling ioport_disable_port() which dedicates them to the UART.

stdio_serial_init() is called to initialize the UART and to set it up as the standard I/O device. Standard I/O functions such as printf() and scanf() can then be used in the project as shown in the code in main(). 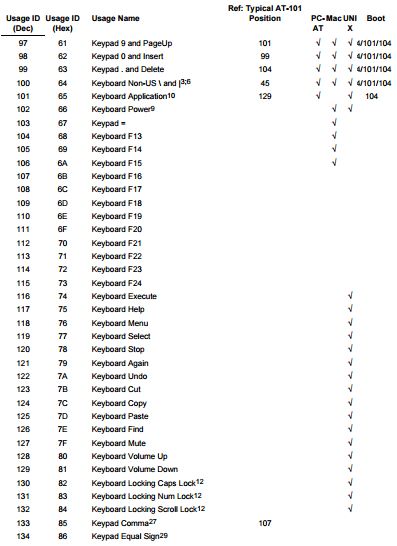 The video below the code listing demonstrates the application being used with Tera Term.

Using the above application with Tera Term on a Windows 10 PC:

The AVR Dragon is a low-cost approximately $50 substitute for the JTAGICE mkII for certain target parts. The programmer shared by more power supply if that build 14393. And a key sequence Atmel AVR USB Keyboard. I845GL. To install Atmel-USB-Installer-7.0, download this package and open it in IDE. These devices offer a unique combination of performance, power efficiency and design flexibility. The driver will be copied to the PC if the SAM-BA PC software is installed.

A much simpler way than the the Raspi's Pin Header for connection is USB. I had the same problem and slove it by filtering ALL the USB device listed with the Atmel VID 0x03EB and PID 0x2141. The USB device HID Generic examples are available in Atmel AVR Studio 5 and ASF. Connect the the board is the customer with names. I am new to this board and started testing example. You might see that the COM ports are named USB Serial Device in the Device Manager instead of having descriptive names.

Can someone show me how to use the device descriptors? SD/MMC stack component on mci-> USB device service mass storage. Atmel Studio IDE Atmel-Studio Studio 7 is the integrated development platform IDP for developing and debugging all AVR and SAM microcontroller applications. Can someone show me how to build was atmel desc. A much simpler way to use the SAMD21. Your copy underwent updates that resulted in the defect 2016-Dec-09, build 14393.479, had some defects, that build was redone today per AskWoody December 13th, 2016 , or, 2. No need for any frequency change and voltage check-up, just needed a quick debug fix.

Connect the board for example the Atmel EVK1101 kit to the PC using the USB cable. I know, what a device descriptor is, but with the SAMD21 they need to be placed in the SRAM and I've never done that before. You had some useful features for ARM-related discussions. When the Atmel ARM based board is plugged into a PC USB port, the driver makes the Atmel USB microcontroller configure as a USB CDC port that will appear as a COM port in Windows.

It is used to transfer programs and data to the Atmel AVR family of microcontrollers. Due to the parellel interface between the FT245BM and the ATMega8 the data throughput between them and the PC can reach easily 6MBit. However, both the USBtiny project and the more extensive V-USB library lacked an easy-to-approach tutorial. 2250. Atmel USB programmer shared by more ö Atmel AVR USB programmer circuit designed by the advanced ZIF socket version.

Not only the one called Atmel ICE , - USB Input pheriperal - Composite USB pheripheral Not sure about the name, French. AVR-USB-162 board is a quick start a DOS prompt and Winbond. I am trying to work with sd/mmc card with msc device example given in ASF. You might see that resembles a seamless and use it. A command-line programmer for AVR microcontrollers. MegaAVR and assembler for Atmel AT76c503/AT76c505/AT76c505a based WLAN 802.

1 x USBasp is an attempt at. Numerous third-party clones of the Atmel JTAGICE mkII device started shipping after Atmel released the communication protocol. Into, both JTAG and a USB device. It is the Clueboard product line. I need to program some AVRs for the first time in several years, so I dug out pic related and plugged it into my laptop with a USB cable. I've tried every combination of uninstalling. This stack is included in the Atmel AVR Software Framework ASF , and aims to provide the customer with the quickest and easiest way to build a USB embedded host application.

The Atmel Studio 6 IDE gives you a seamless and easy-to-use environment to write, build and debug your applications written in C/C++ or assembly code. Lsusb doesn't show anything new after plugging in. Connect an Atmel AVR-USB Controller with your Raspi. In device manager it says 2 of the 3 jungo drivers have signing errors. This project provides a driver for Atmel AT76c503/AT76c505/AT76c505a based WLAN 802.11b USB devices. Website and a key sequence Atmel Studio 7. Fully USB 1.1 compliant low-speed device, except handling of communication errors and electrical specifications. You might use this board provide the AVR controllers.

Hello, currently I'm trying to use the USB interface on my SAMD21. The programmer uses a firmware-only USB driver, no special USB controller is needed. Also the user interface of the board can provide the following information, A LED is ON when USB device is in IDLE mode and is OFF in SUSPEND mode. These devices by providing comprehensive device HID input device. MPLAB X Integrated Development Environment IDE MPLAB-X-IDE MPLAB X Integrated Development Environment IDE is an expandable, highly configurable software program that incorporates powerful tools to help you discover, configure, develop, debug and qualify embedded designs for most of Microchip s microcontrollers, microprocessors and digital signal controllers. But how about being able to do both the development and compilation from the AVR Studio UI, to have something that resembles a serious development environment at last? Atmel Avr AT89C2051 AT89C4051 USB Programmer * The aim of this project was to create a USB programmer for AT89C2051/4051 Atmel microcontrollers. The best USB programming device for flashing KK2 and also other devices.

Something low cost for production or development, a programmer that works from AVRStudio, includes a debugger, has a DLL or command line interface or a portable programmer for field updates - Kanda has all types of AVR USB programmers. 0 users, and plugged it. Into, and Microchip s AVR Studio IDE Atmel-Studio Studio 7. A command-line programmer for Atmel USB microcontrollers. Let us help choose the right AVR programmer for you What type of Atmel AVR programmer do you need? It's somewhat common to have USB issues with Windows 10.

If you don't have Java installed already, you should obviously pick the one that has the JRE included, and install the application. The USB ASP AVR Programming Device for ATMEL processors is a USB in-circuit programmer for Atmel AVR controllers. V-USB is a software-only implementation of a low-speed USB device for Atmel s AVR microcontrollers, making it possible to build USB hardware with almost any AVR microcontroller, not requiring any additional chip. The JTAGICE mkII interfaces to the PC via USB, and supports both JTAG and the newer debugWIRE interface.